So far, over 2000 people have been infected by the Swine Flu virus, most of which were in North America (mainly Mexico, followed by the United States). It is hard to say, due to the flow of different and often contradicting information, but most likely 149 people have died, as of April 28, morning.

Now the question is if more people are actually infected than the reported numbers. It could be very likely that even up to a few million people are currently infected, but only the most critical cases make it to the hospitals (and thus are known to us). This could be possible, since health care isn’t really accessible in some poor regions of Mexico. If that were the case, then 149 dead out of a few million infected would be bad, but not as critical as 149 out of only 2000 infected. Also if this is found true, then Swine Flu would only be deadly in a few extreme conditions, and would give hope of recovery to those that are infected but hospitalized fast. Otherwise, the Swine Flu could soon become as deadly as the Spanish Flu in 1918 where about 20 million people have died.

The following is the latest map by Google showing the spread of the Swine Flu: 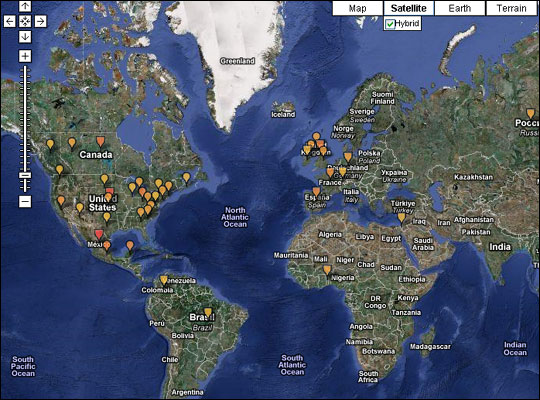 Spread of the Swine Flu. Map by Google.

5 comments on “Update About Swine Flu”