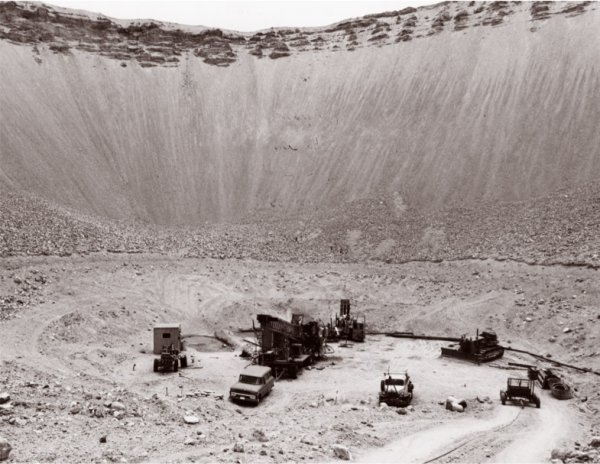 Nuclear Bombs are known to be the most destructive weapon man has ever created, but it could also be a great tool for some civilian uses.

The 7 proposed civilian uses for some of the 23,000+ known nuclear bombs in the world are:

1) Creating a Harbor, or Just a Hole: Nukes can easily dig huge holes in the ground in a matter of a few seconds.

2) Creating a New Panama Canal: The Panama Canal is not wide enough for some of the world’s biggest ships, and has to be constantly maintained, otherwise mud and sand or other deposits would accumulate, filling up the canal. Therefore, an easy and inexpensive solution would be to dig a series of big holes along the canal using nukes. New canals could be easily dug in the same way.

3) Natural Gas Exploration: According to some studies, the use of nuclear explosions could increase the natural gas production.

4) Mining Oil Shale: Oil shale is the name given to carbon-rich sedimentary rocks. These could be transformed into kerogen with the use of controlled nuclear explosions.

6) Human Spaceflight: A nuclear powered spaceship design has been proposed by American scientist Freeman Dyson for NASA’s Orion Project, which was unfortunately ended up being abandoned.

7) Defending Earth From an Asteroid: As discussed in a previous article, nukes could be used as one of the ways to deflect an asteroid from an Earth-collision orbit.

One great disadvantage of such uses of nuclear weapons would be the deadly radiations produced in the process, but when in concerns the use of nukes in space or deep underground, there should not be such risks.